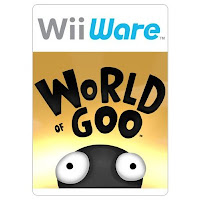 World of Goo is an awesome game. The first thing I did after downloading it was look for instructions. But there are no instructions. You just start playing and the rules become obvious.

The graphics are sweet and the music is more like a movie score than a video game soundtrack. It's like if Tim Burton wrote a video game. A video game about balls of goo.

World of Goo is available as both a computer game and a Wii game, but I highly recommend the Wii version. You can get the game code from Amazon and download it straight from WiiWare. 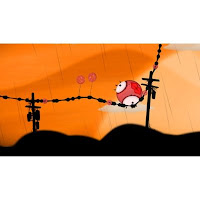 I can't tell you too much more. The joy of the game lies in unfolding the the story level by level. For that reason, I recommend not reading any reviews. Just buy the game and start playing it.

Do it. Do it immediately. Seriously, what else are you doing? You're just reading some stupid blog. Stop reading. Play World of Goo instead.